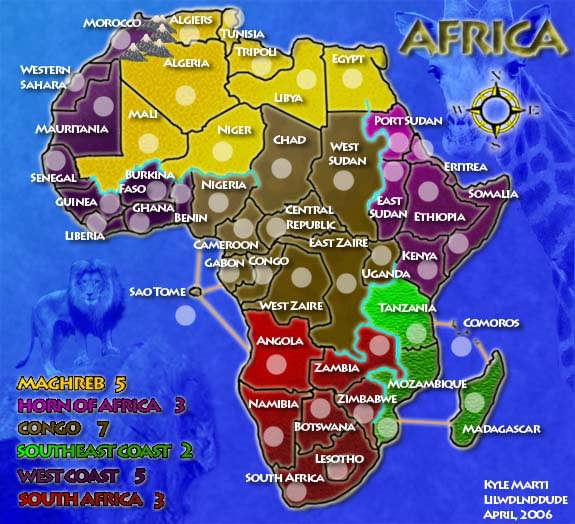 Introduction
Africa is a basic continental map and is one of Conquer Club’s oldest maps. It is a relatively simple map compared to others and consists of 45 regions broken up into 6 different zones.

How to play Africa