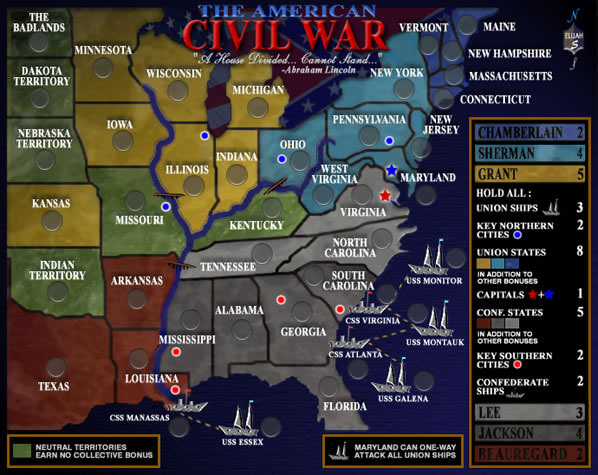 Introduction
The American Civil War is a map based on the famous war of 1860-1865, which pitted the Union (made up of mainly Northern states) against the Confederacy (a Southern State coalition, which split from the rest of the US). The map has 42 regions and also has varied gameplay, resulting in exciting games.

How to play American Civil War

show: Flat Rate or No Spoils