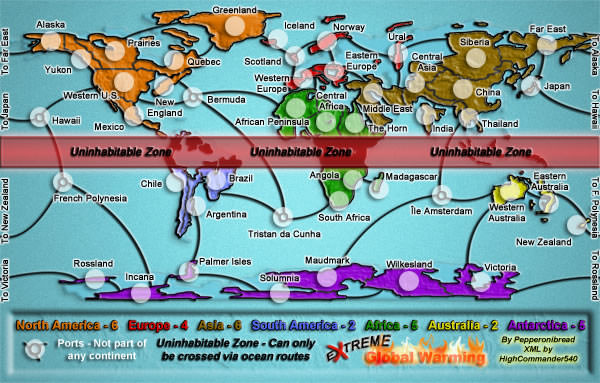 Introduction
Extreme Global Warming is a map with a grim prediction of the future: human pollution and greenhouse gases have raised the Earth's temperature causing drought and other natural disasters. Sea levels, dramatically risen, have caused widespread flooding especially in the world's coastal areas; and the equator is so hot it is now essentially uninhabitable.

How to play Extreme Global Warming