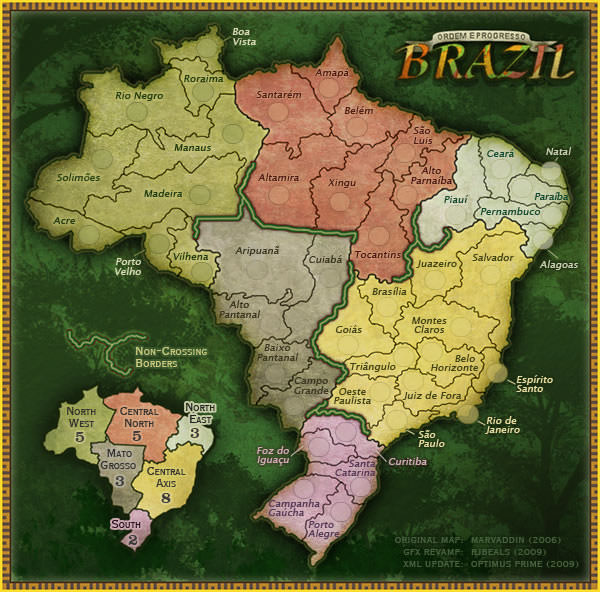 Introduction
The Brazil is, as its name implies, a map covering the present day Federative Republic of Brazil. The statement Ordem e Progresso is the country’s motto (also stated in Brazil’s national flag), which translates to “Order and Progress”. The map has 45 regions with 6 bonus zones. This provides a good sized map for 2-6 player games.

The Brazil map is a simple, conservative and classic-style Conquer Club map. It was originally released in March 2006 during the website’s dawn and revamped in May 2009. Non-crossing borders break up the map into the separate bonus zones. The map relies primarily on region count advantage and zone bonuses to provide an edge in each game. Consequently, being a simple, old school map - what works on Classic generally works on the Brazil map.

How to play Brazil