Anybody see the Barcelona and Tokyo (something) game today?


sorry once I saw your post I couldn't resist, I just like pissing people off sometimes
Leader of the Gridiron Gang
Proud Member of Conquer Club

You do kick the ball in American football, why do you think there are kickers?GO PACK GO! "Give me a woman who loves beer and I will conquer the world."
-Kaiser Wilhelm II

Anyone see the Arsenal-Fulham game? It should not have been as close as it was and we all know that. And Walcott did much better than I thought he would. At least they won.

Chariot of Fire wrote:As for GreecePwns.....yeah, what? A massive debt. Get a job you slacker.

Viceroy wrote:[The Biblical creation story] was written in a time when there was no way to confirm this fact and is in fact a statement of the facts.


Go away with your stupid American football

As a Football hater, to me it's all boring.

Vote: Mandy
Eddie35: hi everyone
Serbia: YOU IDIOT! What is THAT supposed to be? Are you even TRYING to play this game?! Kill the idiot NOW please!

Fircoal wrote:As a Football hater, to me it's all boring.

Nice freekick, but it shudn have been a freekick int he first place. The defender clearly got the ball, and the ref was like 5 feet away, he should have noticed that.

What was the motive for you guys not keeping Gooch? I was really hoping he'd stay in the Premiership so I'd get a chance to see him once in a while.

Oguchi Onyewu He was on loan from Standard Liege from sometime in January, but I'm pretty sure you guys opted not too keep him.

Optimus Prime wrote:In regards to the comment about mentioned MLS, the only thing anyone seems to care about over here is David Beckham finally playing for the L.A. Galaxy, but I guess I don't see the big deal.

Especially in light of the fact that he hasn't actually played.

Optimus Prime wrote:Living in Salt Lake, I've been meaning to get up to a Real Salt Lake game, but never quite found the time. Not sure if its worth it though now that Freddy Adu abandoned the US to find playing time overseas.

Check out when Houston's coming to town. They're one of the more fun teams to watch, usually aggressive & talented.

AAFitz wrote:There will always be cheaters, abusive players, terrible players, and worse. But we have every right to crush them.

MeDeFe wrote:This is a forum on the internet, what do you expect?

kayla could you please do one you pain in the arse. we had all this out last year with your idiot husband (or ex). we had a vote and real football won by quite a few if i remember rightly.


right now back to the thread. yeeeeeeeeeeessssssssssss. 2-0 at the hammers. where is comic boy now. do you still think you can get in europe. hahahaha only on holiday you were shit.


"city,city, the best team in the land and all the world"
^ and repeat as many times as you like.

to ronnie ithink i`ll wait a few weeks and put the league up then, or if anyone wants to post the league feel free.

was nagerous that was the Spurs fan, where`s he gone. into hiding after last nights performance. if your team plays shit, vent your anger here.

come on nagerous and comic boy get off your arses and vent some anger. who is going to be the 1st manager sacked this season. my Alan Curbishley or Sammy Lee.

well it`s Derby County tonight and if e win by at least 2 we will be top of the prem.

well done Rangers in the qualifying for champs league. only 1-0 but they have a chance to progress as red star didn`t do much to worry them.

Firstly... Arsenal might not win anything this season but despite losing Henry they will continue to play the best football

Call it whatever you feel like calling it. I call it soccer.

dinamo : werder 1:2
game finished (see you in 2 weeks in Zagreb) 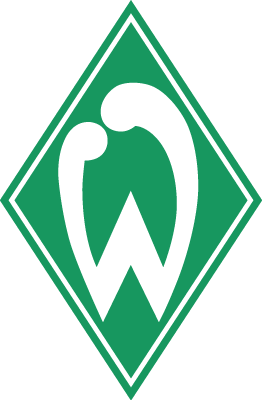 Man U! Hahaha....Ronaldos an idiot.

it was a tough game, Derby are a hard side to break down. Kasper is a chip of the old block, he made some fine saves.

to ronnie that idiot ronaldo, i`ve got him in my ff team aswell. at least he misses the derby.

Oh, you're talking about football (soccer, it's what I call it so don't get all pissy). Well, I don't have a team, I don't really follow it..

KraphtOne wrote:when you sign up a new account one of the check boxes should be "do you want to foe colton24 (it is highly recommended) "

Man U fan...and i'm highly pissed at their start to the season that's the second game where we haven't been able to beat a team with a player sent off. We've dominated the game but can't but the ball in the back of the net...

Ronaldo was a complete dick last night if he had stayed on the field we could have won it, but i think it was a bit harsh to give him a straight red & do nothing to any of the other players who got involved...

This weekend match should be good, hopefully man u can convert some of their chances.

DAZ, have you got a team in the Fantasy league?
The art of war is simple enough. Find out where your enemy is. Get at him as soon as you can. Strike him as hard as you can, and keep moving on. Ulysses S. Grant

The best defense against the atom bomb is not to be there when it goes off.

just in work with about 40 others. i`m doing shit 1 sent off(ronaldo) 3 injured.