Tournaments that are no longer happening 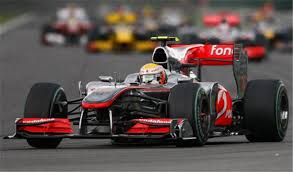 This tournament will only be open to PREMIUM members due to the general game load.
It will have 32 players spread across 8 different teams competing in both team & individual events.

The tournament will feature TEN of motorsport's greatest races from eight different series. Including all three parts of the Triple Crown of Motorsport: The Indianapolis 500, The Monaco Grand Prix, & The 24 Hours of Le Mans.

Formats for the different types of events:

Maps & Settings for each round

Please read this spoiler BEFORE posting. Here is how to format your entry:

Note: You MAY also enter yourself as a single. However, any entries as teams will take precedence over single entries. I will try to make a team of singles if possible. If you enter as a single, but cannot be placed on a team, I will enter you as a reserve.

Sounds awesome I'm in too

You four singles are in as a team:

I just made Evil Semp the primary because he is a Volunteer.

I am coming single too, put me in some group with other singles

I would like to enter as a single -- if it is possible please match me with the current, or any former Conqueror. thanks.

I'll go in with the guys above.

Oakd (Oak) has been entered:

puppydog85 has been entered as well, but he doesn't have a full team with him yet.

Wizz00 also entered as a single. He and puppydog85 need two more singles to make another singles team.

Any of the singles teams entered so far can come up with a different name than I have assigned them, if they would like.

In please!
Currently Running Tournaments: The Star-Spangled Scrimmage, Out of the Ashes, Sound Off! - Classic

Any of the singles teams (including this one) can change their names if they want. 4/8 teams entered so far.

You have already been entered. See above.

4/8 teams are currently entered, halfway there!